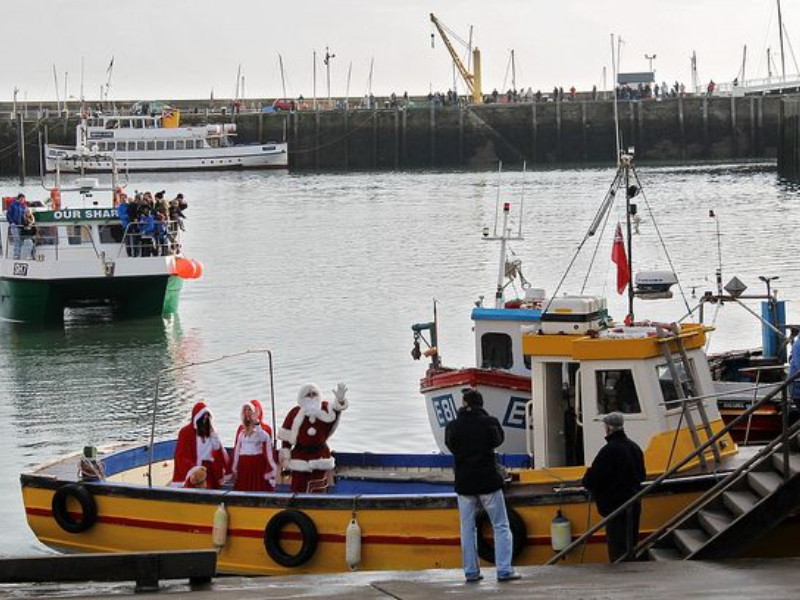 The festive season in Scarborough will officially begin with the arrival of Santa on the 16th November! As per tradition, Santa will make his way from the North Pole and arrive by fishing boat in Scarborough’s Harbour at 10:30am.

Some of Santa’s helpers will be there to give him a warm welcome as he steps off the boat ready to take him on his journey up through Eastborough to his Grotto at Boyes. There will also be characters from the YMCA’s Jack and The Beanstalk joining in the festivities!

After a good old mince pie and a glass of milk, Santa’s Grotto will be officially open from 12pm – where he will be able to greet children every day until 5pm on Christmas Eve.

The department store’s Christmas window display will also be on show at the front of the store – so make sure to check it out!