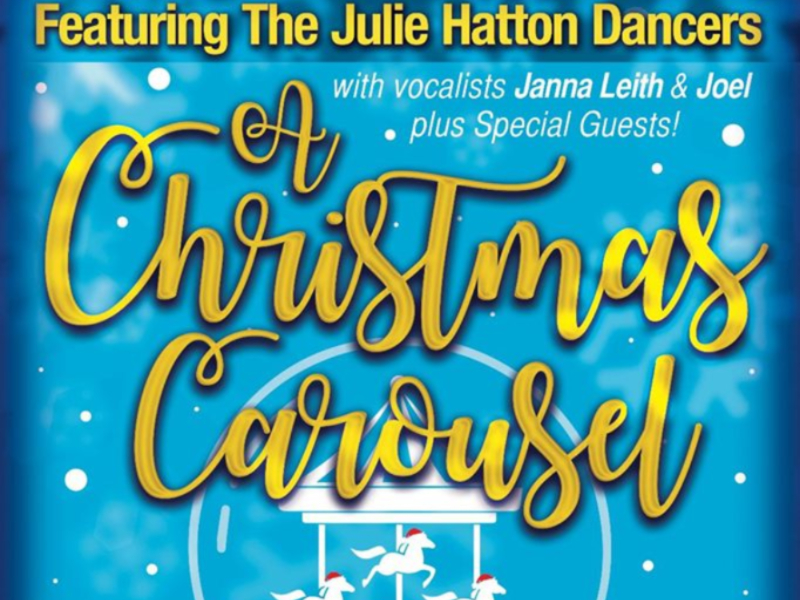 Christmas comes early to the Scarborough YMCA Theatre with ‘A Christmas Carousel’, presented by Hatton School of Performing Arts. The Christmas extravaganza is a long-running tradition for Scarborough audiences, playing every year to critical acclaim.

‘A Christmas Carousel’ is an eclectic mix of dance, song and musical theatre all based on ‘The Most Wonderful Time Of The Year’, featuring excerpts from Christmas musicals and iconic quintessential Christmas songs. The show features popular vocalist, Janna Leith & Joel Igno, Janna originally trained as a classical soprano and has sung professionally across the country and in Ireland where she sang with the National Chamber Choir of Ireland. Joel has performed as a lead vocalist on cruise ships all around the world and was a major hit with the audience in ‘A Christmas Carousel’ 2018.

Our production this year also features the Julie Hatton dancers, who are in high demand for local events, parties, and performances, as well as dancing at Traction Rallies across the country. With skills covering a variety of dance styles, these versatile performers will add the wow factor and Christmas spirit to the show. The cast in this year’s ‘A Christmas Carousel’ have an impressive amount of experience and training behind them, which under the direction of Julie Hatton promises to be excellent entertainment.

This year’s production will have something for all the family including: classic Christmas carols, a snow waltz, an elf on the shelf, not to mention our much-loved march of the toy soldiers & reindeer’s dance. The show will also feature special guests, performances from local school choirs and Scarborough’s number one drag queen ‘Krystal’, who is set to add that extra Christmas sparkle.